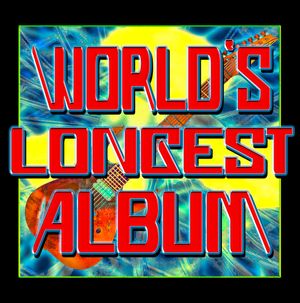 What is the World’s Longest Album For Charity?

We’re primarily a rock band but love many styles of music. The album has fiery vocal tunes, ballads, keyboard/synth grooves and dozens of rock guitar instrumentals! If you're lookin' to have some fun, this record breaking music catalog is for you!

Is this the first world record CRN and Blast Band

have worked on together?

We've had the pleasure of working with CRN on breaking the World's Longest Concert record that took place July 10th - 24th, 2010 in John's Creek Georgia. The world record included 343 bands...there's an autographed guitar signed by all who performed at the CRN office in Roswell Georgia.

Please Buy Some Music And Support A Great Cause!

Your Generosity Will Always Be Remembered!